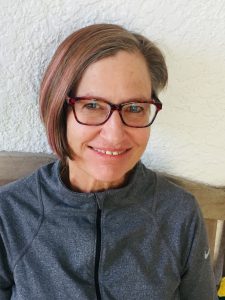 I am a writer, an intensely personal writer, with a confessional bent that likely would embarrass my deceased mother. She was sensitive to the opinions of others and once asked me, “What will the neighbors think?” when I told her I was considering moving in with a boyfriend. I was baffled by her response (and enraged) since we only had neighbors on one side of our rural property in upstate New York, and I was just about positive that they didn’t give two figs about what went on in the Lambdin household next door, and I was an independent adult in my thirties living 8 hours away. I am, however, my mother’s daughter (for good and ill) and sometimes I do worry that what I reveal in my writing may banish me from the earth or at least from certain circles of acquaintances. However, staying true to the integrity and authentic truth of a story outweighs my concerns about exposure. Sorry, mom.

I write non-fiction, mostly personal essays and autobiographical sketches that draw on the experiences and feature the people I run into during my ordinary day-to-day life. I always hope that my specific stories are shot through with strands of our shared DNA, the shared pathos of our common humanity and are relatable beyond just little me. I find that being self-absorbed and caring deeply about others are not mutually exclusive.

A long-time Washingtonian, I moved to Cocoa Beach, a small seaside community off the coast of Central Florida with my husband, Jim, and cat, Hawthorne, in 2005 when he (Jim, not the cat) accepted a job at the Kennedy Space Center in Cape Canaveral. Here we still live except for Hawthorne, who now chases mice in the great beyond (but whose ashes rest in a cedar-lined container on a shelf in my office) while our current cats, Cayce and Catsby, sleep, groom, sleep, eat, sleep and tear through the house in the middle of the night while we try to sleep. It is a good life, a simple life that we augment with frequent trips near and far to keep our perspective wide and inclusive.

My first published work was an essay about life in Washington, D.C. after 9/11, when I stood on the front stoop of our townhouse on Capitol Hill and watched gray smoke billow from the Pentagon. For over a decade I reviewed films for a variety of publications: The Voice of the Hill, The Senior Beacon and The Washington Window, serving readers in D.C. and the Metropolitan area. The Episcopal Diocese of Washington recognized my on-going feature, “Window on Film,” with a writing excellence award. Several articles I wrote about energy healing and associated bodywork appeared in Natural Awakenings. Additionally, my work has been published in national and regional newspapers including: The Washington Post, The Orlando Sentinel and The Leader Herald, and in several Space Coast Writers’ Guild Anthologies.

Just a small-town girl, I graduated from Broadalbin Central High School, a tiny public school in a speck of a town on the edge of the vast Adirondack Park in upstate New York. A graduate of Hood College, The George Washington University, The Johns Hopkins University, The Barbara Brennan School of Healing, and The Space Coast Health Institute, I studied writing at The Writer’s Center in Bethesda, Maryland, Georgetown University in D.C., The Creative Writing Institute at The Florida Institute of Technology and with Jamie Morris, writing coach, editor and workshop leader par excellence. I have held numerous jobs since my early teens that beg to be listed on a book flap: strawberry picker, railroad tie sales rep, bus girl, waitress, relocation specialist, director of personnel, plant personnel manager, employment and EEO manager, teacher, massage therapist and energy healer – and last but not least, writer. Writer, home in the world at last.