Love With a Thousand Hearts: A Birthday and a Broken Air Conditioner in Cocoa Beach, Florida 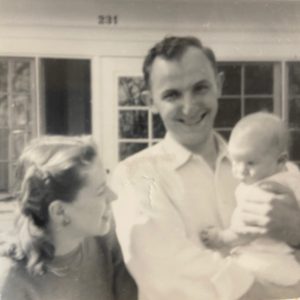 Barbara Joan Kauper Henze gave birth to her first child, a bouncing baby boy, at 5:50 a.m. on July 12, 1949, in Lafayette, Indiana. By all accounts, baby Jim grew up in a loving household subsequently joined by two sisters, Janet and Patricia, and a menagerie of animals, including two dogs, Max and Lassie, a rabbit, Fritz, a duck, maybe named Ping, and an alligator, called Al. The kids named the alligator for the giver, their Uncle Al, Joan’s brother, a bit of a prankster, who, for some reason, thought a baby reptile would be an ideal family gift.

The boy grew to be a man, and in the late spring of 1992, at a party in Arlington, Virginia, Jim bantered with a woman who would become his second wife. The party had a Western theme, which was not observed by the woman but was by Jim, who wore a straw cowboy hat with a wide brim. They bonded over a PBS teleplay, “Who Am I This Time?” starring Christopher Walken and Susan Sarandon, directed by Jonathan Demme, and adapted from a short story by Kurt Vonnegut. Their characters discard their day-to-day duller personas to let their alter egos fly in a community-theatre production of “A Streetcar Named Desire.” Both are excellent, but what is most vivid in my memory is Walken’s dramatic shift from mild-mannered, gawky hardware-store employee to sexy, brutish Stanley Kowalski. At the end of the evening, Jim placed his hat on my blonde-haired head. At home, I called my mother and said, “I really like this guy.” 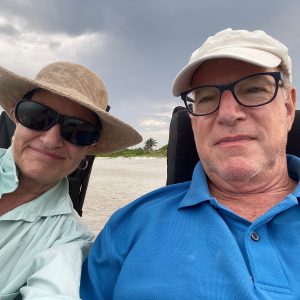 Thus, began a fine romance, which continues to the present where Jim and I live in a house by the sea in Cocoa Beach, Florida, with two cats, and just celebrated his 71st birthday. That deserves a triple Yikes: Yikes! Yikes! Yikes!

Jim has never been big on celebrating birthdays. This is but one of the many differences between the two of us. We share a common social reticence, and yet on my birthday, I like to tell everyone who veers into my orbit that it is my birthday. Here’s Jim’s idea of a perfect birthday: pedaling his bike along the river (alone), dipping into a tin full of oatmeal, chocolate-chip cookies to munch whenever desired, taking a nap, and hanging with the cats, Cayce and Catsby and oh, yeah, me too.

It’s weird, though, isn’t it, celebrating birthdays when there is so much suffering and unrest in the world? It’s disorienting to live in a community where our “leaders” and neighbors balk at wearing masks, somehow turning a public-health issue and concerns for self and others into yet another tiresome (and life-threatening) cultural/partisan divide. Life these days feels more than a little bit hollow. However, observing rituals and milestones is essential, right?

And while we are weathering the pandemic fairly well, whatever the hell, that means, I worry about Jim whenever he leaves the house. He is healthy, overall, but he has a couple of risk factors in addition to advancing age. And, for anyone who knows me even a tad, it doesn’t take much to set me a fretting.

This propensity to fret leads me to our air conditioner, which started acting weird last week. After a full day of work in the home office/bedroom/cat-lounging area, Jim conducted his customary thorough assessment of broken things and then did his best to fix it. However, part of his fashioning a temporary solution until the technician could show up several days later required him to go to the hardware store in the evening.

7:45 p.m. Jim leaves for Lowe’s since the close-by Ace closed at 7 p.m. I amble into the T.V. room and turn on the PBS Newshour. Catsby leaps onto the side table and gingerly extends a paw, his signal to me to pick him up and lift him over the great table-chair divide, where he settles on my chest, puts a paw on either side of my neck and purrs away until he gets tired of that position and then rearranges himself to curl up on my lap. We hope we will catch glimpses of William Brangam’s or Lisa Desjardins’s cats during the broadcast.

Lowe’s is about twenty minutes away, so I figure Jim will be back in about an hour.

9 p.m. No sign of Jim. I move an inch, jumpy Catsby startles and leaps in a high arc off my lap. I wander to a window, gaze out and muse out loud, “I wonder where Jim is?”

9:30 p.m. I start to spin unhelpful scenarios. Here’s one: Some guy is too close to Jim in the store where he can’t find what he’s looking for, so he’s growing increasingly frustrated. Jim asks the guy (politely, he believes) to back up. The guy goes ballistic, takes out a gun, and shoots him—dead.

9:45 p.m. I am convinced that the next sound I hear will be a knock on the door from the police, sorry to inform me that I am now a widow.

9:50 p.m. A key turns in the lock, and Jim rushes up the steps. “I had to go to another store down in Melbourne. The first one didn’t have what I wanted. I forgot to take my phone. I’m sorry. I’m sorry.”

I resist the urge to bite his head off and spew ugly stuff all over him, and instead say, “You scared me. I was afraid something happened to you. Everyone’s on edge these days. You need to let me know what’s going on.”

And then I hugged him, hard, squeezed in a death grip is more like it.

Then Jim pulled away, clomped down the steps to the garage, and jerry-rigged the a/c to work until the permanent repair could be completed. 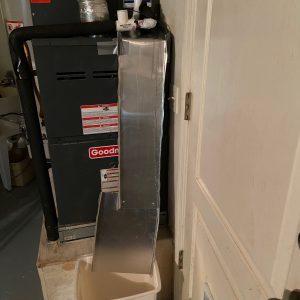 So this birthday, I am not only grateful to be married to a man who can fix stuff, but I am thankful too that he is here, with me, through these tough times—and hopefully for many, many years to come. I believe Dr. Anthony Fauci when he says, “We will get through this.”

I love you with a thousand hearts, Jim! Happy Birthday! 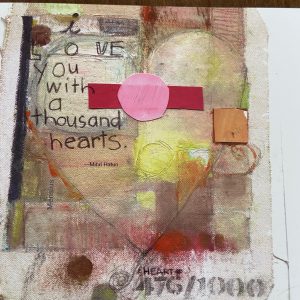 Writer’s Invitation: I always love hearing from you. What are you doing to retain some sense of “normal” during the pandemic? What celebrations are you observing? I’ll respond promptly.

8 thoughts on “Love With a Thousand Hearts: A Birthday and a Broken Air Conditioner in Cocoa Beach, Florida”